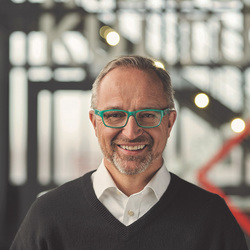 Markus Sontheimer was born in Friedrichshafen in 1968. After graduating from Esslingen University of Applied Sciences with a degree in industrial engineering (Diplom-Wirtschaftsingenieur (FH)), he held various IT management positions in Germany and abroad at Daimler AG (1994 to 2010); as CIO Daimler Financial Services and Sales, Marketing and Aftersales Mercedes Benz. He then spent five years as CIO Group Finance at Deutsche Bank, where he restructured the global IT of Group Finance and implemented the important regulatory project portfolio. Markus Sontheimer was appointed Chief Information Officer of Schenker AG, Essen, on December 1, 2015. On 22 June 2016, he was also appointed Chief Digital Officer (CDO) by the Supervisory Board and is responsible for IT and digitalisation.

Markus Sontheimer and many more register for the Logistics Summit now!