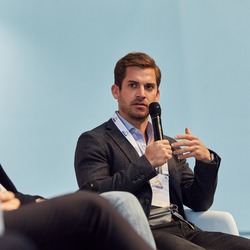 Michael Wax has founded several successful B2B software companies, raised a total of >$343 billion and hired 650 employees. He is co-founder and CEO of Forto, Europe's first digital freight forwarding company, building a digital backbone for the multi-trillion global trade market in 15 locations worldwide. In between his stints at Bain & Company and BMW, Michael founded KONUX, an AI company that aims to make rail transport more efficient and has been funded by investors such as Andy Bechtolsheim, NEA and Alibaba. Michael spends his free time mountain biking or kite surfing. He is also a supporter and mentor at JoinPolitics, an organization that promotes political talent.

Michael Wax and many more register for the Logistics Summit now!