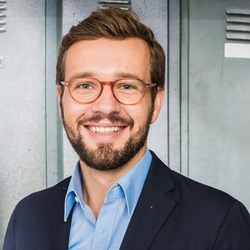 He started his career as dual student in 2005 within the Siemens AG. After multiple leading positions as business oriented Controlling Manager at Siemens in Munich, Metro, L‘Oreal and Esprit, Michael started in 2015 as Operations Manager for the ASICS Central Europe Region. In 2017 he moved into ASICS EMEA HQ in Hoofddorp (NL), where he established the EMEA Business Intelligence function as Head of Business Intelligence. Before Michael very recently took on the position as Director of Distribution ASICS EMEA, he was as Head of EDC responsible for the ASICS European Distribution Center in Krefeld, Germany.

Michael Gryszko-Prattes and many more register for the Logistics Summit now!