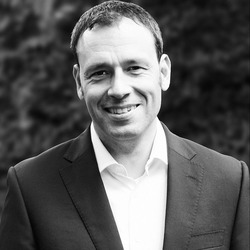 Ronny Gottschlich has more than 20 years of retail experience running through his veins. Having started on the shop-floor, he rose to the position of Lidl UK CEO before leaving to found Heunadel Retail Advisory and also accepting the role as the Chief Commercial Officer at fast growing Start-Up in the world Gorillas Technologies in early 2021. Having worked his way through the operations of one of the most successful retailers worldwide, he set about disrupting the British market and its incumbents. During the course of his tenure as CEO, he adapted Lidl’s offer to better suit the British shopper’s demands, whilst leaving the German engine silently purring in the background. In doing so, Lidl added billions in sales, more than doubled its market share and became the fastest growing grocer in Britain. His eye for detail isn’t limited to discount grocery in Britain. He is working with some big Supermarkets including, Sainsbury’s and A101 in Turkey, as well as advising PE business in their due diligence processes and customers of major Swiss banks on current and future trends in worldwide grocery.

Ronny Gottschlich and many more register for the Logistics Summit now!